A test performed to give an indication of a detectors depth capabilities when a target is passed over the search head.

A user mode that allows the acceptance of all metals as a positive signal.

The ability of a detector to produce a different tone for differing metals. E.g. low tone/iron - high tone/coins.

The ability of the detector to ignore the response from a specific target range, allowing responses only from targets with a higher conductivity.

Circuitry, which allows the detector to ignore ground mineralisation manually, automatically or at a preset level.

A mode of detection that requires a movement of the search head to trigger a response from the target.

A mode of detection that does not require the movement of the search head to trigger a response from the target.

Circuitry allowing the user to reject a specific range of targets whilst still accepting targets below and above this setting.

The ability of a detector to find the exact location of a target. Either by "X"ing the search head or locating in an all metal mode.

A circular plate (Either open or closed) containing the single or multiple transmit and receive windings used to pass over the ground to emit and receive signals from the target.

A detector producing a signal from a target while operating below the audible threshold.

The ability of a detector to recognise a target by its conductivity and to then display a likely target ID by means of Bars, Numbers or an Icon via a meter.

The ability of the detector discrimination circuitry to recognise and issue a different tone for metals of differing conductivity.

The tone used to establish the minimum sound level for a deep target while searching in discrimination mode. Also used as a reference point in all metal mode while ground balancing. 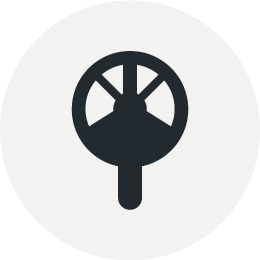